The Coming of the Three Kings
(Lord Brahma, Lord Vishnu and Lord Shiva)

It was a fresh magical morning long ago in the high mountains of the East, at a place where three paths met to wind their way as one, down into the valleys of men far below. At the awakening of this very special day, a cool breeze, gently dancing down from the alpine heights, announced the coming of three great Kings. 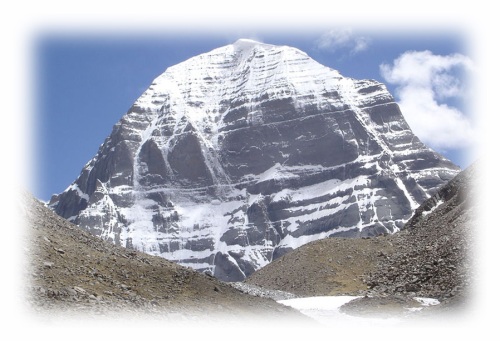 All was silent in the towering snowy regions and the forests of the foothills as the three met with unspoken love and respect. But they paused only for a moment as their hearts were drawn to a distant land where a living miracle awaited them.

They traveled on foot led by a strange new star which twinkled merrily in the hazy blue sky. Behind each of them there followed a mule which carried a packsaddle, laden with fine spices and oils and priceless treasures. These were gifts – precious offerings which they hoped to bestow upon the great One whom they longed to see.

Slowly, and with majestic serenity, they made their way down the steep slopes until they reached the first village. The sides of the valley there had been cultivated for centuries by the local villagers, and the land dropped down in steps to a narrow ribbon of water below. The people worshipped the river as a Goddess. She brought life and blessings to their valley and sustained them generation after generation. Her name was Ganga.

The three lords entered the village just as the mighty sun shot his first golden ray of the new day over the brilliant, white snowcapped peaks. It shone on the smiling faces of the children who played in the streets, and sparkled in the dewdrops on the lotuses which swam in the little ponds by the wayside. They stopped to rest under a giant banyan tree which stood in the central square, greeting each new guest as he entered the town. But the great tree did not look as cheerful as the innocent children who drew near to wonder at the sight of the Kings. Her leaves were withering and she did not hold her boughs high with dignity. Despite the ring of smiling faces which encircled them, the wise men sensed an air of disappointment, even anxiety, in the community.

Just then, they lifted their eyes to witness the approach of a very elderly man, the chief of the village, supported on either side by his two strong sons and followed by his wife. By now, most of the people were gathered in the square around the banyan tree and the mysterious guests. They made way for their chief who came forth and gently touched the feet of the Kings in reverence. Forcing a smile onto his tired old face, he began to speak:

“Please forgive us for not offering You better comfort and refreshment. Not long ago, the place where You now sit was the most pleasant and luxurious of our town. The Earth beneath You was soft and cool with green, velvety grass. The lotus ponds were brimming with crystal pure water, and the banyan tree at Your backs stood high and proud like a queen. We as a people were equally proud. We grew wealthy and strong upon the fruits of our rich valley, but now (he nodded toward the river) She is slowly leaving us, taking with Her our pride and well-being. Shri Ganga is displeased.” His gray head fell, and a tear rolled down from his eye.

Suddenly, the cool morning air came to life with soft, sweet music. It was the voice of one of the Kings which seemed to rise from an eternal depth within each of the listeners. A thick robe of tiger-skin enveloped him like fire and his long hair glistened like moonlight on a river. He spoke with closed eyes: 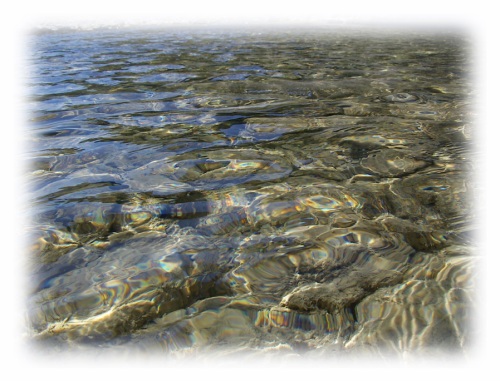 “Your River is nothing less than the Pure Desire of the All-Pervading Spirit made manifest. She is the Virgin who flows down as Paramchaitanya from the crown of God All-Mighty. He is known by you as Shri Nadisvara, the Lord of Rivers in Heaven above, the very Heaven which is reflected in the pristine stillness of your Himalayas. This water of Life is a vehicle to take you to the boundless Ocean of His Grace which lies beyond the doors of your hearts. Will She continue to flow for those who seek mere material gain and the deceptive security of ego; for those who strive not to attain the greater kingdom of Atma? When Her nature is universal nourishment, purity, and infinite bliss, can She enter into the lives of the small-hearted?”

“Grieve not, noble seekers, for your world stands on the threshold of a glorious flood of Grace from which none need turn away with thirst. Behold, it is written in your ancient texts that the Love of God will come to Earth as His Son. He is called by your enlightened ancestors as MahaVishnu, the MahaVirat, whose Mother is Adi Shakti, the Mother of Creation, Yeshoda Mata, Shri Ganga Herself; and Whose Father is SadaShiva, Shri Krishna, Her Almighty Eternal Lord.”

“Indeed, this Child is none other than Yeshu Krisht, King of Kings; and Pranava Vyakta, the Divine Love manifest.”

“Your great sage Maharishi Veda Vyasa, countless generations ago, described Him with majestic clarity: He is said to have been born before the beginning of time, emerging from a golden egg on the surface of Infinity; a powerful Child, lustrous like one thousand million suns, whence all life, including countless gods, came forth.”

With these words the cool wind which had arrived with the visitors seemed to rise within and flow from the simple villagers who listened with wide, smiling eyes.

He suddenly stood up and, breaking into waves of heavenly laughter, looked about the gathering.

“When he is awakened within you, you will become as your sweet children – innocent and free from bondage. Come!”

With a powerful wave of his long arm, they all set out for the river. When they reached its once generously filled banks, the King bid the people to touch their hearts where their Spirit resides, and forgive themselves.

“Now, open wide your hearts and humbly ask for the grace of He who is the Eternal Fountain of forgiveness; the beloved Son of the omnipresent Lord of All. Whisper gently within your hearts: Aum-m-m-m-m

He attends to the needs of the entire race of human beings, for He verily is Adhara, the substratum of the universe;

He is the embodiment of innocence and wisdom;

His only guru is God Almighty, Himself;

He is Ashraya, the Support of the World;

He is the Creator of the Spiritual Fire in nature, which ignites each Divine Petal of the Lotuses within us;

He is the sweet fragrance of Mother Earth;

He is the Light of Total Awareness;

He guards Agnya Chakra, the narrow gate before Sahasrara, the Thousand-Petaled Lotus of the Kingdom of Heaven atop our heads;

He comes as the ninth incarnation of Shri Vishnu;

He is the immaculate Son of Her Holiness Shri Mahalaxmi;

He is our beloved Shri Ganesha;

He is the primordial Aum. Amen.”

In the stillness of that auspicious moment, the air became filled with the scent of a thousand roses and each heart was drenched in a cool tide of peace. Then everyone realized that, before their very eyes, the water in the center of the river-bed was quickly rising and beginning to frolic merrily over the stones. Little waterfalls appeared here and there on the banks, issuing forth from the hillsides, as tears of joy from a loving mother. Soon the whole valley was filled with the laughter of the dancing water which sparkled sunlight on its awe-filled audience. As it reached their feet, the children heartily jumped in and splashed each other with glee. The whole company was overcome with joy and gratitude, and within moments not a dry person was left standing.

Unknown to the others, the three saintly Kings had slipped away and, guided faithfully by the bright star, continued on their way. The sunshine grew warm on their backs, as though Shri Surya Himself came down to offer comfort to the Kings on their journey. Clouds of steam drifted heavenward from the forests all about them, like angels rising from a night of slumber. The blue sky above their path was often decorated by the flight of bright green parrots, and the bold calls of wild peacocks rang out from the lush hillsides. The moment was vibrant with beauty and innocence. 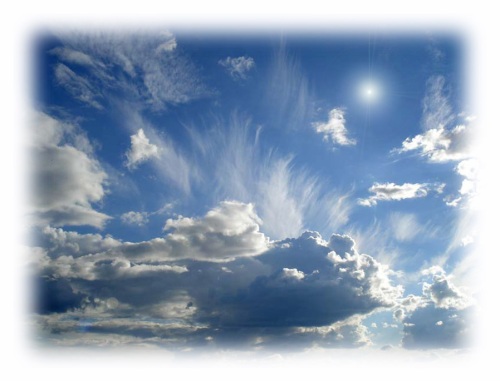 Once, they entered a large clearing which was graced by a company of handsome elephants. As elephants are wise, they were aware of the approach of the Kings, and even their important mission. A delightful sight met the eyes of the travelers as they drew near to find that all the elephants were bowing in humble submission. Three of the strongest came forth to offer their backs for the Kings to ride upon.

And so they traveled on without a pause for seven days and seven nights until they reached the deserts of the West. Here, they parted company with the benevolent elephants and started out on foot. Before them lay a barren wasteland of stone and sand, as hot and dry as the heart of a wicked man. But they moved in the coolness of the Spirit, which was soon to come, clothed in flesh, to this same thirsty world.