this morning in Venice 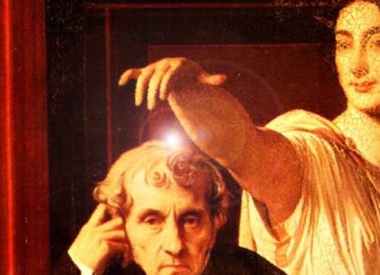 Looking out from our hotel in Venice this morning (where my wife participated in an art exhibition), I noticed a classroom full of Italian children through the window across the way. We had just spent the previous evening strolling through famous museums where the intense expressions of human souls have been on display for tens and, in some cases, hundreds of years. The ever-present thirst for growth and becoming was stirring. Now watching these children play and study, I was moved by the contrast between this striving generation’s vast creative potential and will to shape our future, and the watery foundations on which we were presently all resting.

The thought that this charming, ancient city may some day be a ghost-town with the indifferent tides of time rotting its foundations and peeling away its fine tapestries, awoke in me a deep resolve to help reinforce the foundations of our race. If there was ever a moment in history to fully awaken and share the permanent treasure of enlightenment, then surely that moment is now. A time when the beautiful white light of Spirit can shine through the colorful prism that is each person, enriching every culture. With the trigger for activating this unprecedented leap in our evolution just waiting in each of us for our heartfelt attention, it is so important that we communicate the light we find within, and help each other to climb up to the secure heights.
.
We have passed through centuries of unbearable injustice and brutality, but still we return again and again with hope in our hearts. May not the long hope of a single soul prove fruitless.

After experimenting with various meditation techniques (in one case for over eight years), I tried something that I’d never heard of. Back in those days, Sahaja Yoga Meditation was only practiced by a handful of people on my continent, having been recently introduced there. My early experiences ranged from numb but hopeful regular practice, to waves of lightness and clarity that I previously could only have dreamt of. I had been a heavy drug user, and that, combined with the fact that my subtle system had been brutally short-circuited by incompatible overdoses of questionable meditation techniques, rendered me somewhat insensitive at first. But as the weeks progressed, I realized that I had stumbled upon something universal and essential – something which I had spent most of my life digging for.
One of the many significant changes that happened to me was the strengthening of my immune system. I rarely catch a cold now (at the most, once a year), and sometimes I can feel a virus enter my body – that is, I feel a slight over-sensitivity to cold, and the right side heats up as the liver works to filter the intruder – but it doesn’t actually manifest as cold symptoms. On such occasions my attention automatically focuses at the top of the head where the important opening to collective consciousness is established after self-realization, thus helping the nurturing kundalini energy in the spine to ascend and protect the entire system. This is clearly not a ceremonial effort based on belief in a theory, but a natural reflex occurring out of inherent comprehension of specific, internal phenomena. Because I’m familiar, due to the fact that my kundalini is active, with the various sensations and effects of my inner workings through regular meditation, I spontaneously take the appropriate action, if action is needed. Simply putting a hand (presuming one feels the flow of cool vibrations from the hand) on a discomforted place can 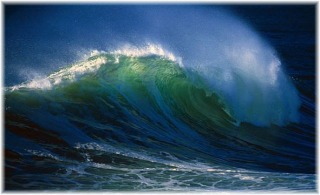 quickly relieve the body from harmful imbalance and tension. One need not have a degree in medicine to heal many of the simple complications that trouble us. There are of course a wealth of other useful methods, but the two important things that we need to begin are the sensitivity to subtle vibrations, and frequent freedom from thoughts, both of which come naturally through self-realization (awakening of the kundalini) and regular meditation to maintain the yoga, union.
It’s no wonder that Sahaja Yoga Meditation is now practiced in over a hundred countries, and has transformed countless lives, being passed on easily and cost free from one person to another. I was fortunate to catch an early glimpse of this essential transformation, and am truly happy to say that, unlike so many things in life, the benefits of this don’t diminish – these positive changes steadily increase. Everyone is hoping there is a simple, universal secret to reaching a joyful life. There is, and it’s purposely built in to each of us, eagerly waiting to be activated and nurtured. 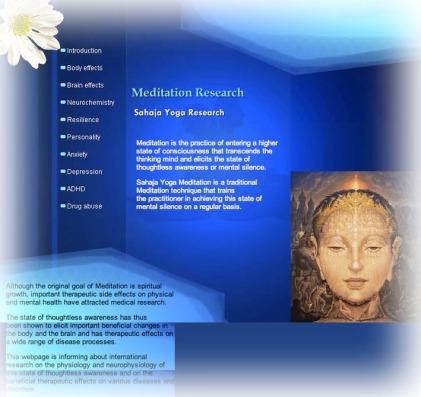