Dad has moved on 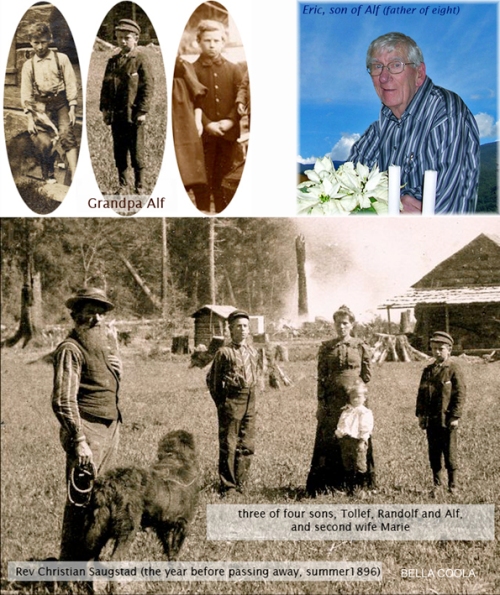 Eric Saugstad (not to be confused with the other famous viking, Eric the Red) was the name given to a great old soul that I had the honor of being related to. He was my father, and although we spent relatively little time together, all the time my brothers and I spent doing things with him was always quality time.
.
Dad was a sensitive and dynamic person with lots of charisma. There was plenty of seeker-spirit in him. His Dad’s dad was a pioneer reverend who brought his flock over one-and-a-half thousand miles to establish a healthy new life in the British Columbian wilderness (in Bella Coola ~ see more below*). And he also had truth-searching genes from his mom, who was not at all satisfied with the spiritual norms of her day, and wasn’t the least bit afraid to share her progressive views. But it’s not always easy being big-hearted, as it often means feeling big hurt. He lost his father when he was small, and his big brother some years later. When he started working as a taxi driver in his late teens, he was shocked to find himself in a society that lived much lower than his high ideals, in which he was forced to drive customers to prostitutes, and always carry a bottle of whisky in the car as payment to corrupt police officers who pulled him over. He started drinking to numb his dismay.
.
Apparently he was an excellent violin player, till he broke a finger in his mid-twenties. We never got to hear him play, but he made sure that we all had ample opportunity to express the music in us. My little brothers and I got the best piano teacher in Vancouver in the late-sixties, who was able to unlock our talent. (I completed eight grades in just three-and-a-half years, receiving mention in a newspaper for achieving the highest mark in the city in grade one piano.) Despite the demanding schedule with his successful real-estate company, he made sure that we got to our lessons, all the way over in North Burnaby, every Tuesday evening (whether we had practiced enough or not!)
.
Like everyone, Dad had ups and downs in his life. It was great enjoying some of the peak moments with him. A few of the really fun things I remember were: when he returned to us just before Christmas when I was eight (he and Mom had simultaneously decided to quit drinking) after a five year absence; moving up to our fantastic new house in the adventurous, forested North Delta community; getting an island cottage up at Buccaneer Bay, and two boats to travel in; owning the first Citroen Sports Maserati in western Canada; (really cool stuff to fun-loving boys!) and, generally, his happy-go-lucky attitude that helped make a lifelong optimist out of me.
.
I know he’s not really gone, but I’ll still miss him. It was very special for me to hear that he smiled when they read him the note that I sent with a bunch of pink roses, just a few hours before he passed away halfway around the world, in Burns Lake:
.
“Dear Dad/Grandpa,
There is never good-bye. Life goes on and on, growing and shining in ever new, beautiful ways. We will meet again. You can bet your life on that.
Until then, with lasting love,
Ed, Brigitte & Lincoln”
.
* https://edword.wordpress.com/2007/09/13/if-youre-not-having-fun-you-may-have-a-short-circuit-somewhere-in-your-inner-net/
.

Eric Forbes Saugstad
19 October, 1927 ~ 26 March, 2010
survived by his beloved wife and best friend Linda, his children Tia, Karen, Cliff, Edward, Glenn, Allan, Don, and his children by marriage Wayne, Pamela, and Chrissy, and Darlene, Cheryl and Rick, as well as many grandchildren
(predeceased by his son David)
Tribute to Eric:
.
http://www.tributetoeric.com/
. 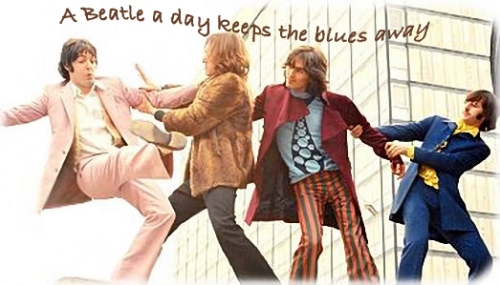 Have you ever been to London, that pulsating, international heart on the fabled Anglo-Saxon island?
My wife and I just returned from a memorable excursion there, and life will never be the same for us again. It wasn’t just the historic art treasures that lifted our awareness into a new level of creative enthusiasm. There’s something in the air and earth there that the residents probably aren’t even aware of – a kind of universal sweetness that penetrates the mind and heart of the innocent visitor. A childlike royalty and the feeling of ascending the steps of an ancient tower to view a breathtaking landscape. Simple, humorous melodies and lyrics that make you want to smile at everyone. The rhythm of the loving Earth-heart.
We came away with an inner lightness and optimism that we look forward to expressing in our daily artistic work.
It probably depends upon what you look for when you go there. Look for inspiration, and you’re bound to find it.
.