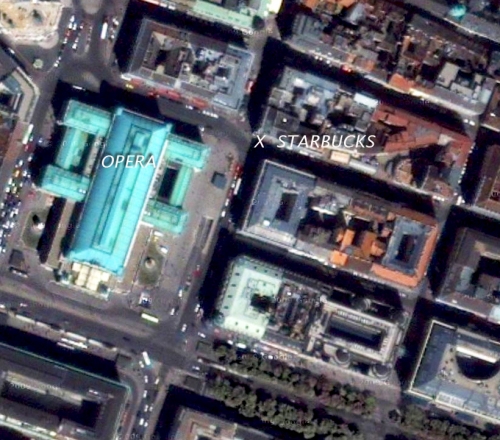 Howdy from Starbucks, Vienna! (where seldom is heard a discouraging word)

While waiting yesterday afternoon to pick up someone in centuries old ‘downtown’ Vienna, I decided to park and stroll around a bit. An unworthy but practical excuse (I needed to find a lavatory) brought me for the first time into the magnificent City Hall — surprising, as I’ve lived here for almost a quarter century. You’ll get an idea of how un-downtownish the heart of Vienna is by these photos I took spontaneously with my phone. 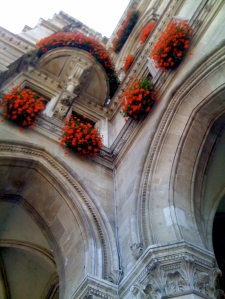 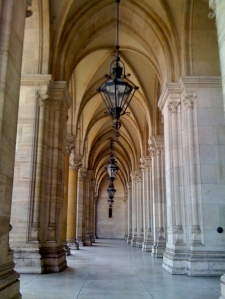 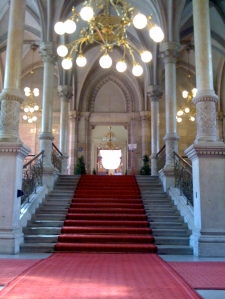 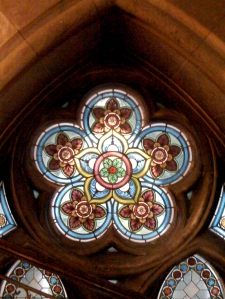 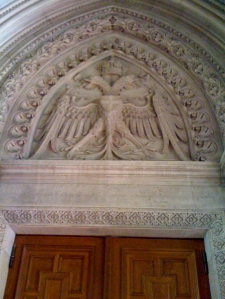 Back in my hometown in the Canadian (suburban) wilderness, you don’t normally come across such exquisite architecture. Vienna budding with eternal beauty for the eye and ear. But there are a lot of advantages we take for granted over in the New World, like the fact that our homeland has never been ravaged by World Wars. We don’t know what it’s like to hear bombs falling outside our bedroom windows onto Canadian soil. The collateral and subjective damage that caused children to grow up emotionally challenged can sometimes be seen in the eyes of the elderly over here. Let’s hope the new generations — East, West and in-between — pool all their energies into creating that which uplifts and preserves the soul.

You can spend hours and days discovering the aesthetic graces of Vienna. Most of the ancient beauty survived the cataclysmic aggressions of war, and the population is even getting friendlier as younger, more universal people take to the stage.

(And here’s a glimpse from my hotel room beside Woerthersee in Carinthia last weekend where I was attending an ancient Indian celebration … yeah, it actually does resemble a British Columbian lake) 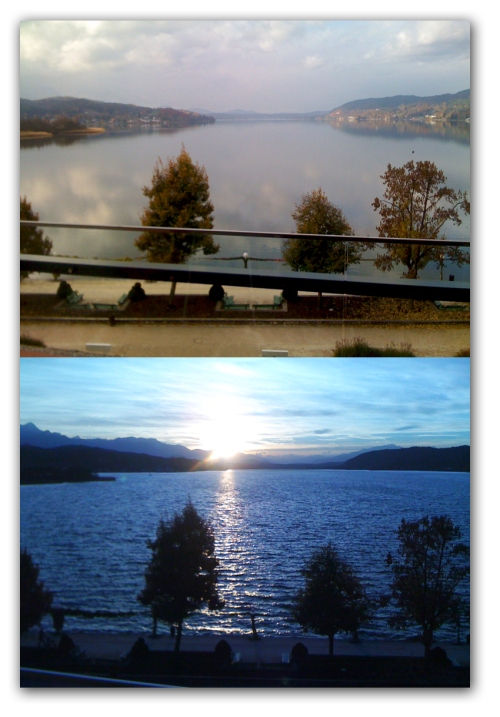 over on the other side of Austria