are you an inner truth sleuth?

Posted on September 22, 2010 | 1 comment
“The mass of men live lives of quiet desperation.”
~ H. D. Thoreau
.
My wife and I enjoy detective stories, especially those with humor, so it’s no wonder that we spend much of our precious time and attention investigating life itself. Although we have a lot of fun goofing around — talking in dialect, singing, dancing, spontaneous role playing, making funny faces — most of our conversations come out of our ongoing revelations about why we are the way we are, and what positive changes are going on around us. We’ve both practiced Sahaja Yoga Meditation every day for almost three decades, so most of what we feel is accurate, and if we get confused about ourselves, the condition doesn’t hold on long. But like most people in modern society, we’ve had to sift through mazes of childhood traumas to reach the state of solid health we’re in today.
. 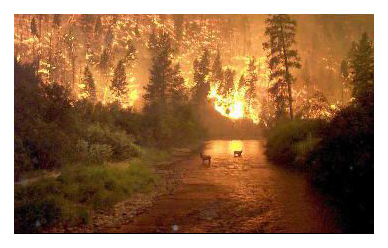 The problem is, most people don’t even know where to start when it comes to filtering reality from unreality inside themselves. If you consider sexual abuse alone, with at least one in four tragically affected, we’re living at a time when millions of human beings are staggering through life at a fraction of their capacity. That amounts to a lot of fear and insecurity. There are many who’ve managed to get a permanent fix on the point of light that leads out of the maze, and I sometimes feel myself part of an army of benevolent volunteers, many of them wounded healers, bravely opening the doors of hope for themselves and others. It pains my heart when I come across someone who is suffering, as he or she has a wheel dragging off the road without noticing or understanding why, causing chronic distress and self-doubt. When a person has been the victim of shocks in their childhood, they tend to become a control-freak, fearing the threat of losing themselves in spontaneous circumstances; avoiding fulfilling, creative processes. One often develops into a self-protecting, fanatical personality, who refuses to face certain inner complications, living in denial of these painful wounds. A tremendous amount of enlightened awareness, self-forgiveness and compassion is needed.
.
There are many causes for these tragic pockets of inner darkness. I know three men, well known and respected in society, who lost their mothers when they were quite young (in two cases she simply gave her son away because he was an inconvenience, and one mother died). They are middle-aged now, and due to the fact that they’ve not been able to deal openly and clearly with their abandonment, they’re struggling for inner balance. Two of them have been very oppressive to their wives, who played the low esteem roles of suppressed objects all these years, sometimes suffering panic attacks. Each of these women, through deep introspection, meditation and research into common patterns of human behavior in similar situations,  gradually grew out of their corrupted roles, learning to forgive and love themselves and their husbands for what they really are, leaving behind all the guilt and confusion. This can come as a shock for the spouse, who is suddenly disoriented by the new, joyful, liberated personality of his other half, while still refusing to see that certain things are stuck, unseen, inside himself.
. 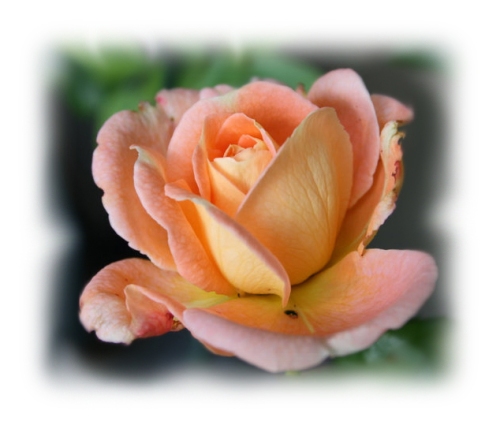 I know a person with similar problems in a leadership position who sincerely believes that everything will fall apart without his participation, and I know others who panic because they feel they are victims of leaders who are ruining everything and somehow threatening their very existence. In these particular cases, both attitudes are based on haunting illusions. These are otherwise good and generous individuals, but they still haven’t faced all the handicaps from their personal pasts.
.
I have relatives whose mother left them to ‘finally start her own life’. Both children became internally reclusive in their trauma, suffering untold pain, including illness (Bipolar disorder). Another girl I care about has found herself in the very destructive cage of malice between her divorced parents, living with their disgust of each other, neither of them having any time for her big heart and beautiful personality. A child isn’t meant to be burdened with these conflicts. She was recently left alone in her despair, and she fell, breaking her arm — this was not a coincidence. But she, like another young person who has seen two of his mothers permanently turn their backs on him, are part of a new breed of self-realized souls who seem able to bounce back with relative ease from deep emotional and genetic corruption. Each of them drew excited applause when they sang their hearts out independently on an international stage a few days ago. You can’t fake that kind of heart-power, and it announces hope for all the traumatized children of the world.
.

When I went to an osteopath for the first time many years ago (I’ve been to several different ones, gaining various insights) I learned that childhood traumas are often stored in our organs. My wife and I have also picked up valuable information from various therapists using the Family Constellation method to reveal malignant attitudes arising from longstanding relationship complications in our families. More recently, with the help of a very sensitive, large-hearted kinesiologist (Applied Kinesiology), it was possible for me, after unearthing countless hidden problems from my past over the years, to zoom in on the original cause for the weakness in my stomach. My condition had already improved steadily through insights and healing while practicing Sahaja Yoga Meditation. And now, almost by chance, this specialist, having found that my body was exceptionally strong and healthy, hit on the point of my state as a newborn baby. When I mentioned that my mother had been an alcoholic with several other young children to care for, and had had little time and attention for me, both of us — the kinesiologist and myself — suddenly felt the traumatized state I had been in as a tiny baby. Her otherwise rosy, motherly smile paled, and my body started shaking from my stomach, as if I was too cold. I had no fear now, as I had already evolved to the extent that I could handle this new inner revelation, and was instead amazed by the important discovery.
.
This is a very abstract matter to deal with*, but I was then able to use this knowledge 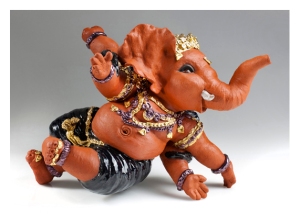 the next morning in my meditation, by implementing my enlightened imagination to take my baby-self out for joyful strolls in the nature; or, when he was a bit older, to go hand-in-hand through Disneyland where we had lots of carefree fun; or to simply be involved together in my daily creative work routines. In short, bridging that threatening gap of insecurity and helplessness, and allowing sweet healing to enter in. On the part of the young me, I feel joyful and fascinated to be part of the fulfilling grownup adventures; and on the part of my grownup me stepping in to comfort and uplift little me, I feel like a benevolent superhero — what a great team! Later, I was able to meditate on the oneness between that tiny, abstract part of me and my present self, realizing that little Eddie has miraculously made it to secure health and happiness, and never has to fear again. (A few nights ago, I found a little blonde boy wandering, crying for his mommy in the dark parking lot of a campground. I picked him up, cheerfully reassuring him that we would find her, which we did a few minutes later. I can still feel his sweet, cuddly form against my heart, and the mutual comfort of that.) Every successfully conquered challenge in us opens up new healing pathways for all.
.
For those who are not directly affected by these horrors, you can lend your stability and understanding. For the survivors, it’s freedom time my friend.
.

.
A bit of my yet to be published life-story:
http://edsaugstad.com/PDF-files/EdsLifeStory-TurnedUp.pdf
.
*Healing Your Aloneness: Finding Love and Wholeness Through Your Inner Child – by Margaret Paul and Erika Chopich
.