After arriving back over in Vancouver for a summer holiday, many new amazing things started falling into place….

The fun started with a spontaneous boat ride to the beautiful island resort where I spent my childhood summers. With a couple of brothers and my wife and son, we visited Buccaneer Bay (its real name!) for my first time in thirty-five years. (Captain McTaggart, one of the Greenpeace pioneers, also spent holidays there with his family in their cottage. Celebrities parked their yachts in the bay on their cruises along the coast. The Canadian Prime Minister stopped in once, and we saw John Wayne and his family another time!) It was the first place that I experienced joy. It happened when I was about twelve while climbing the small mountain there, Spyglass Hill, and seeing the breath-taking view of forests, islands and heaven-blue ocean, skies and mountains stretching out to all horizons. I would often take my sleeping-bag down to the white, sandy beach at night and fall asleep in the peaceful solitude, watching the endless, timeless starry heavens. The place hadn’t changed. There were still the same cottages, trees (quite a bit bigger now!), mossy bluffs and fresh, salty breezes – and still no electricity or modern conveniences! We knocked on our old neighbour’s door and found that most of their family was there, including new grandchildren and great-grandchildren. As one of the Hendersons remarked, it was a ‘blast from the past’ meeting again after so long.

During our outing, I happened to mention something to one of my brothers about our childhood and the two sisters and the brother that we never met, as our father had left his first wife and kids to marry our mom, who then gave birth to us. To my great surprise, he told me that two of Dad’s first offspring had managed to contact him a few years back. After discovering the name and hometown of one, I wasted no time in contacting her. She was so thrilled to get a call from me, that she couldn’t sleep the whole night as she had waited her whole life to meet us. We had agreed to meet the following weekend. My wife, Brigitte, and I spent the night in the home of my lost sister and her husband (who is part native Canadian, the great-grandson of a First Nation chief). By the time we left the next day, it felt like a half century of healing had taken place, as the joy and vibrations were very strong. We also spoke on the phone to my other missing siblings, and we’ve planned to get together soon for a big reunion. (As it turns out, my other sister breeds horses, and one of them was in China recently participating in the Olympics!)

We then had a great time the following two days as guests of the local Hindu Temple, which held a festive open-house. A dear friend and professional singer from India, who recently settled in Victoria, was invited to sing. The audience loved him. We also presented a small introduction to Sahaja Yoga, which was also very much appreciated by all.

Along the merry way, I made a point of distributing copies of my new children’s books to families that we passed on planes, ferries and other public places (as well as among our old friends at Buccaneer Bay, feeling somehow that I was sending redeeming vibrations back into my sometimes scary and tragic childhood). The stories, full of loving vibes, are created to help lift the reader toward self-realization. Surprisingly, many adults have also reported getting special, uplifting feelings from these fictional adventures! I hope those hundred or so books – and the many more that may eventually make their ways into the lives and hearts of good souls everywhere – will help in some small way to water the roots of enlightenment in the coming generation. 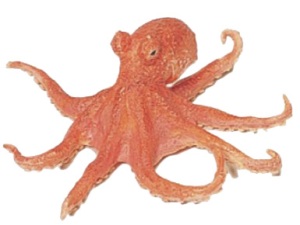 (p.s. – Did you know that the largest octopuses in the world live in the waters between Vancouver and Victoria, and that you can see whales, dolphins and seals almost every day there? Did you know there are magnificent, natural guardians watching over Vancouver, two mountain peaks with the shapes of lions, as well as the huge rain-forest city park with the shape of an elephant’s – Ganesha’s? – head?)

To enjoy a few of these magical moments, click on the cruise ship …