“Nowhere in the world is presented a government of so much liberty and equality. To the humblest and poorest amongst us are held out the highest privileges and positions. The present moment finds me at the White House, yet there is as good a chance for your children as there was for my father’s.”
—Abraham Lincoln, 31 August 1864

I’ve been following, via social networks, an unprecedented awakening in America for the past few months. (Anyone who relies on corporate media for their news will, of course, have been missing it)

It feels like plugging one’s soul into a current, and being amazed at the intensity of the electric enthusiasm. It seems that sensitive, honest, common-sense people — millions of them — lived their daily lives despairing at the corruption and greed that has infiltrated the ruling class of their great land, the land of the people, land of the free. And then comes along a sincere leader who has spent his life tirelessly fighting for the wellbeing of the citizens, and they propel him to national (and international!) significance with their heartfelt support. Suddenly, all those worthy citizens find themselves up on the stage of historic change together, rising swiftly higher towards the great halls of power, elated by the transparency of their collective success that promises to benefit all … except for those who abused their authority at the cost of the people.

Everywhere, in these times of universal communication and global family chumminess among diverse women and men, girls and boys, like you and me, life on Earth is becoming an open book for everyone to read. The old darkness of mass-manipulation and ignorance is fading fast in the light of understanding and, yes, love.

I’m a Canadian living in Austria, but I am deeply moved by the hope that’s swelling like an ocean tide over in the USA. It is bound to send benevolent ripples out around the planet for generations to come. 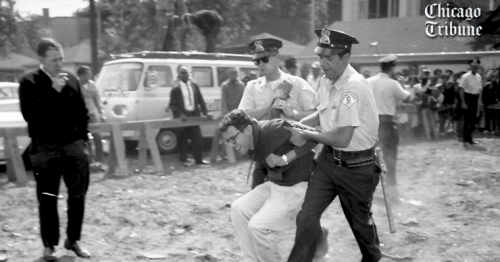