I was visiting friends the other day. Their daughter, who I know since babyhood, just graduated from high school. She is now tall and smart, but just as much a free-spirited child as she always was. She has always nurtured her spiritual ascent, meditating regularly to enjoy the daily inner clearing and centering effect that this inbuilt connection, this sahaja yoga, has on her. Her classmates never showed any particular interest in her. But on the last day of classes, she was approached by the other girls who had been shocked to hear that she was not going with them on the graduation field trip. She was moved to tears when they started crying with dismay at the prospect of never seeing her again. They probably didn’t know themselves why they were so overwhelmed with emotion at this loss. The subtle vibrations that emit from such a person, like a comforting, familiar fragrance, sooth the energy centers and channels in others. This is not a theory, but a well documented phenomena which has been occurring with increasing frequency. I remember when another born-realized toddler made friends with an elderly lady on a return flight from India. Leaning against her knees, he sweetly smiled up into her face, radiating joy and thoughtless awareness. Then he played nearby, sometimes involving her in his games. By the end of the journey, the woman was beside herself with mirth. As they wheeled her from the plane, she was heard to exclaim, “I don’t know what has come over me. I feel so good!”

Such is the nature of the higher state we are approaching – a state of boundless benevolence that benefits everyone, regardless of race, age or social class. Its range of influence is limited by only one factor: human free will. A person with an honest and humble desire to attain freedom from blinding conditionings and misleading ambitions – one who feels, or at least hopes, that there is something more to life than what we’ve known so far – is destined to attain this treasure. It’s easy to reach, but sometimes a challenge to maintain in this chaotic world. At work and school we have to engage our brains in mundane, and often frustrating, routine. And the landslides of thoughts that bury our attention don’t vanish of their own accord when we come home to rest*. This key to freedom from random mental chatter is only ours to use when it once rises from its hiding place at the base of the spine to open the highest door at the top of the head. With minimal daily effort of the newly enlightened attention, you can permanently escape the burdens of the past and future, and settle into the playful present. If this is such a universal principal, why don’t we learn it in school and practice it in the workplace, you might justly ask. This knowledge and technique is now being implemented in many such institutions, but you know what they said about the early inventions of radio and television (and the later innovation of Apple digital devices): amazing, but will they ever be accepted into common use? Sometimes we humans stick to the old familiar and try to ignore the improvements we could embrace. May the essential joy and inner peace become the familiar that we get hooked on, leaving behind the dead-weight and noise that holds us down. Absolute freedom is just a breath away.

(*In sleep we can step out of this mental traffic, but the third state, that of meditation, is by far more deeply nurturing and liberating, in a permanent way.) 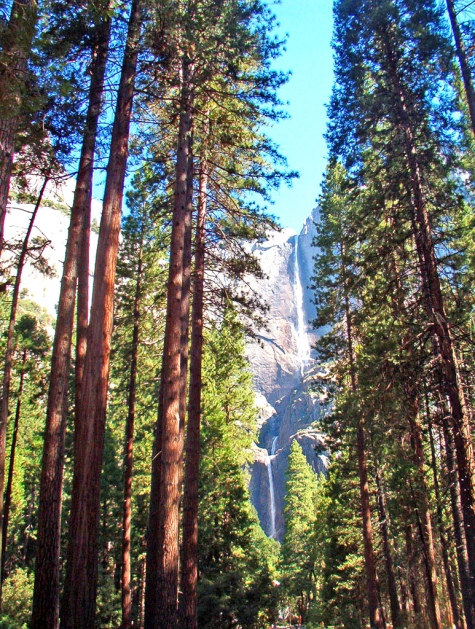 In the morning I was down near the creek. I suddenly heard a deep, dangerous sound like a thunder clap rising out of the earth. I stood still and peered in the direction from which it came. As I watched, just eight or nine meters upstream from where I stood, rooted to the spot, an eighty year old cherry tree cracked in the middle of its wide trunk, and came ripping and crashing down onto my bank of the small river. Then all was silent and sunny again. Although it was rather a sad and shocking sight to see this old, proud member of the forest lying there, fatally broken, never to enjoy the water in her roots and sun and birds in her branches again, I understood that nature had run her course and that the saplings sprouting out of the rich earth nearby would rise up to take her place.

The same is true in the world of humans. It’s not a shame to pass away and be born again as something higher – someone richer in love and

experience – but it is regrettable to shatter one’s inner foundations through frivolous free will, thereby scarring the face of future possibilities.

I recently read a reader’s short statement in a city newspaper, written by a simple, sensible woman, pleading for a move to balanced sexual relations between human beings in our modern society. It was a refreshing plea. We tend to be a society of addicts. Whatever feels good is used and abused to extremes until – like a drug whose effects we numb to, forcing us to take more to feel it – it dominates our senses and our true freedom. I imagine that this concerned citizen caught a distinct glimpse of this break down of common sense, and wondered why two people united in mutual, collectively sanctioned love, could not share this sacred and magical experience privately, without hearing and seeing the topic advertised around every corner like a circus event. Not all that is natural and personal should be hung out on your front door. There is sublime dignity, and there are deep, natural guidelines to a thriving existence, rooted inside each of us.

Back in the early twentieth century, someone* came up with an absurd, twisted theory about sexual feelings between children and their parents (recently exposed as being unfounded) and certain followers of this concept, certain of their cause in making sex an open forum (in effect, watering down the potency of this special, intimate act) shouted from the roof tops that, because there are the nazi-like, or old-fashioned minded who try to repress us in our natural expression, we must run full speed in the other direction to avoid disaster. The individual and collective damage done in such a misguided venture is mostly subtle, but there appear obvious signs of weakness and decline which we tend to ignore. We, as a race, are very slow learners.

It’s time to adjust to the center and rebuild our inner foundations. The experiences of the left and the right extremes are sensational, but not sustainable, and certainly not constructive in the long term. Maybe we’re conditioned now by politics, believing that the ‘center‘ represents a sterile, diplomatic void where nothing concrete can be achieved. The inner center is actually the source of power and creativity. It is the eternal present, abundant in joy and resonant experience. It is built into our subtle beings, and easily accessible through spontaneous self-realization. There springs the love and innocence that make sex, and all other tender exchanges in a dedicated relationship, fulfilling.

Okay, we’ve tried all the cheap extremes. Now let’s get to the potent essence.

(*One of his students, Carl Jung, went on to discover more realistic and helpful facts about the human psyche.) 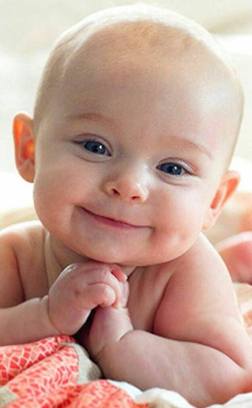 God dreamed,
And in Her dreams She saw
The Perfect Form
To reveal Her Love:

In plump
And soothing curves that glow
With generous, happiest
Harmony;

With bright
Caressing, sunny eyes,
And ears to hear
What’s pure and dear;

With tiny,
Shiny lips and tongue
Which taste and sing
And breathe sweetness.

Into
One simplest, gracious Form,
The Best from God
Was humbly born.

And with
Each murmur, smile and wink,
The Mother’s Heart
Did bound and leap!

With each
Fumbling, curious grasp,
The Mother’s Voice
Was heard to laugh!

And when
That Child was sleeping sound,
The Mother’s tears
Of Joy ran down . . .

No flower,
No hill, nor moonlit sea
Can match that deep
Serenity.

Those soft
Eyelids, so calm in sleep,
Do lull to peace
The whole world’s grief,

As, cool
And clear, comes from Above,
That heartfelt Sigh
Of Mother’s Love.

Mumble, mumble – write, write – headscratch – scribble, doodle . . .
Oh! There you are. So nice of you to drop in. I’ve just been jotting down some mental blogger notes. How did writers prime the pumps of their inspiration before the advent of Blogging? The distant, wobbly promise of publishing in a book or magazine and, maybe, having it read by someone couldn’t really have been enough to draw out all those precious waters of literature, could it have? Speaking of water, could you just pass me that glass of it over there? – yeah – thanks . . . Ahhhh, that’s better. YOU are indispensable 😉

the case for Innocence

Natural Innocence, like absolute Love, is the very foundation of life. It can’t be destroyed, only clouded over in one’s awareness. There are those who would accuse Innocence of being a limiting state that should be grown out of. In fact, it is of the Essence, and a priceless asset to every living thing. It is the fragrance that makes life worth living. If its light is smothered in us, we lose the vitality, the spark of joy, that fills our life with meaning.

I’ve worked on city streets and seen old children, working in the sex trade, hanging on corners with shriveled skin and hollow eyes, like burnt tree trunks in a once lush forest. There are religious organizations that would have us live in states of guilt and darkness, or of egoistical pride and fiery aggression, and the world seems to be run now by ravenous corporations bent on monetary profit at any sacrifice. Most of the daily bad news that bombards us is the result of, directly or indirectly, the decline of Innocence. But Tagore wrote: “Every child born brings the message that God is not yet discouraged of men.” We’re (still) in luck.

Innocence lives in each of us, and supports us, emanating from our Mooladhara center and our heart. We love to hear a child laugh (if we’re not too stressed); to see a puppy play, or the sun rise on a landscape, and sometimes we miss that certain something that seemed to have died in us when we left childhood. It didn’t die, and it is easily unearthed. There’s a simple experience that can be reached effortlessly by any human being, that allows that essential light to shine powerfully inside of us. It’s not a pay-for formula or a trick of the mind. It’s something built-in and it’s waiting, like a present on your birthday. It’s time to open it.