…
He started feeling again like he was in some kind of fairy tale, where good was setting out to defeat evil. The furry edges of all the bustling silhouettes started glowing in the increasing light of a fierce bonfire as they neared their destination. The air was filled with the sounds of stomping feet in sand, grunts and panting, powerful ocean waves, the crackling of a huge fire, and the distant cawing of many crow-type birds. All the animal, jungle and beach smells were stunningly wild. The sky was almost dark overhead, where billions of watching stars had begun to twinkle. It was a night that would forever stretch, with its colorful events from the roots of history, up into the minds of the human race throughout all generations to come.

“Humanity presently finds itself in a state of important change — from its primitive, aggressive beginnings to a more loving, advanced expression of life. To do this, we must use a balance of force and self-sacrificing kindness to expel the brutal darkness in us, replacing it with the light of subtle, loving boundaries and interactions that make our lives together more blissful and spiritually productive.”
…
As he tucked each of them in like a loving grandfather, he touched them gently on top of their heads with his big hand. Oakee felt the spiritual, motherly energy that he often became aware of, rising now strongly up the center of his body and out of the top of his head like a river of soothing coolness. Then he slept. 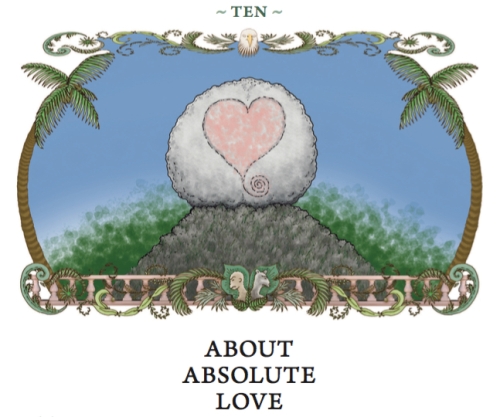 You know the scene at the end of Back to the Future when the geeky dad is transformed into a cool dude, and the boxes of his new adventure novel are delivered to their home? … I feel a bit like that today! 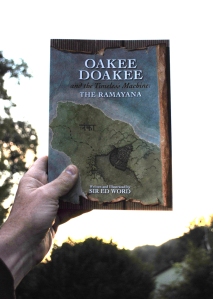 Thousands of years ago, when cavemen still roamed the rest of the world, kingdoms and advanced technology thrived in the mysterious East. The oldest surviving story on Earth tells of a king who was forced to banish his beloved son to the wilderness. This noble heir to the throne is believed by some to have been a benevolent deity incarnated in human form, who came to teach mankind the highest qualities of selfless love. But our science could find no evidence of the fantastic events of that lost culture, when men and beasts spoke with each other and demons stole flying machines from the gods. There was no proof until a little boy from modern times stumbled back through the thick curtain of time, into the most thrilling period of prehistory, to participate in events that would shape the entire human race. At last, we know the truth….

Get ready for two hundred pages of