Everything we’ve generally accepted about human beings is quickly changing. As soon as we discover that we are much larger and more precious than our familiar shells, all the Game rules change. Our limited perception is expanding out into beautiful reality. This is what it’s all been leading up to.

More about the mysterious, enlightening ‘cool breeze’ appearing in our modern culture, and forgiveness that enables ‘thoughtless awareness’:

Sarayu = Wind: The name is the feminine derivative of the Sanskrit root सर् sar “to flow”; as a masculine stem, saráyu- means “air, wind”, i.e. “that which is streaming”. 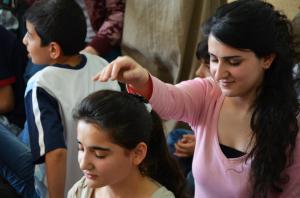 “Wishing you and yours a great, memorable Christmas time!” 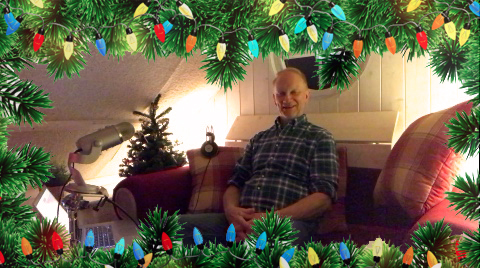 what i’ve benefited the most from most of my life …

I have become the hollow drum

Almost every day since the 20th of April, 1982, I’ve been able to attain clarity, and briefly glimpse blissful Reality through the instrument of my central nervous system, and the state of thoughtless awareness.

The upward spiral unfolds, with wonderful surprises arising just around every curve.

More than anything else, I wish this for you.

In separation have I suffered long,
But now am glorified in the eternal bliss of Union.

And from my core,
That once was small,
The sound of Light
Expands to all.

Never will I shrink again
Into a ball of doubt and pain.
Forever forth, in inner sky,
I spread my wings and upward fly.

All Life pulsates within my breast.

I have become
The hollow drum. 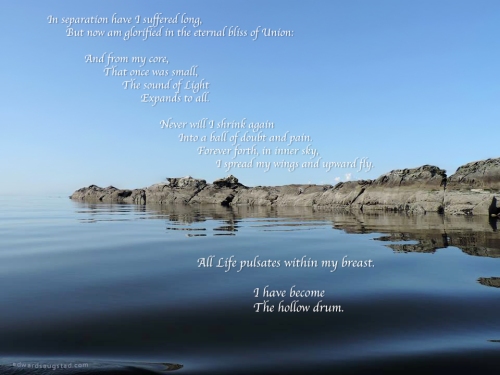 —special thanks to Linda Dzus (wife of one of my old best buddies, Doug) who took this amazing photo in their neighbourhood on Mayne Island, British Columbia, the oasis that I briefly took refuge in after attaining self-realisation, 36 years ago—

… In Sahaja meditation, there is no deliberate effort to “concentrate,” and certainly, you do not need to focus your attention on a specific object. In fact, the goal is to avoid concentration or mental activity altogether. There’s no need to be mindful of or engage with your thoughts and feelings while meditating.

In fact, you won’t want to. Engaging your mind in such mental noise will only drag your attention back down to the first floor — that mental plane — rather than remaining in the state of thoughtless awareness. Thoughtless awareness is not simply a thought vacuum or state of thoughtless emptiness on the mental plane. It is a whole new dimension of awareness, higher awareness that is difficult to describe to someone who has not yet experienced it. We cannot fully conceive of its depth or describe it with language we’re accustomed to using on the ordinary mental plane. 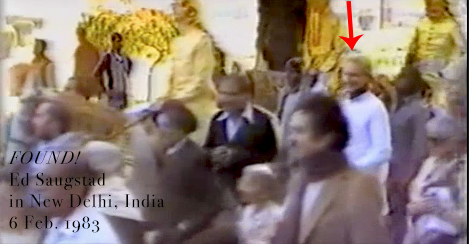 For the period of about a year-and-a-half after I finally found out how to actually meditate in April 1982 (having put in much effort already for eight years, without benefit) and I moved away from the party neighbourhood of my youth, there seem to be no photos of my amazing progress. Now, by chance, I saw THAT Ed, exactly thirty-four birthdays ago, strolling along with a wedding procession in the heart of New Delhi!

I had arrived alone at 2:00 a.m. in humid Bombay two weeks before, after an

exhausting series of flights, with an overweight suitcase and a phone number. It was the first international journey in my quarter century of life on Earth. (Little did I guess then that I would return to India more than twenty times!) Someone back home in Vancouver had just bought my ’65 Chevy panel van, enabling me to join my new yogi friends on the India tour. A kindly airport police officer

helped me reach the others, already a huge, international group of pilgrims, and that very evening I met Shri Mataji, the founder and teacher of Sahaja Yoga meditation, on the first of many joyful occasions over the coming days, years and decades, in various countries.

movie in the cinema that it had world premiered in just nine weeks before. (As a girl, Shri Mataji had spent time with Gandhi at his ashram, where he would sometimes implement Her advice on spiritual issues.) I remember walking out of that air-conditioned building and looking up at the hot, wide blue sky, realizing that those historic happenings had taken place not long ago under this very canopy.

I was lucky to be among those few of us from Canada (at that time there were only a handful of people practicing Sahaja Yoga in North America) that were invited to stay for a few days with Shri Mataji in Her daughter’s house. Several massive public programs were held throughout the city, and I attended my first puja, which celebrated Shivaratri at that time. At the compound where we all met each day, someone organized a cake and candles 🎂, and some new friends sang Happy Birthday to me that third day of February … so long ago, now! I drank lots of yummy chai there, discovering too late that the caffein was brutal on my sensitive liver. We also travelled up to the Himalayan foothills, where I saw some Indian girls enjoy snow for the first time. I spent that wonderful month in India without getting sick, a bit of a miracle (although as soon as I got back to the West I cleared out quite thoroughly!)

I still feel all that as a solid building block in my evolution, and this unexpected window view now brings a fresh breeze to grownup Ed.💨

(And, adding an interesting twist to the perspective: I happen to be turning 59 now, the same age Shri Mataji was when we first met back then!)

Shri Mataji gave each of us a present that afternoon (6 Feb 1983)
They were original Indian artworks. Somehow I managed to hold on to mine (the only thing I have left from my early twenties). It now hangs in my little art-studio in our homestead in the Vienna Woods: